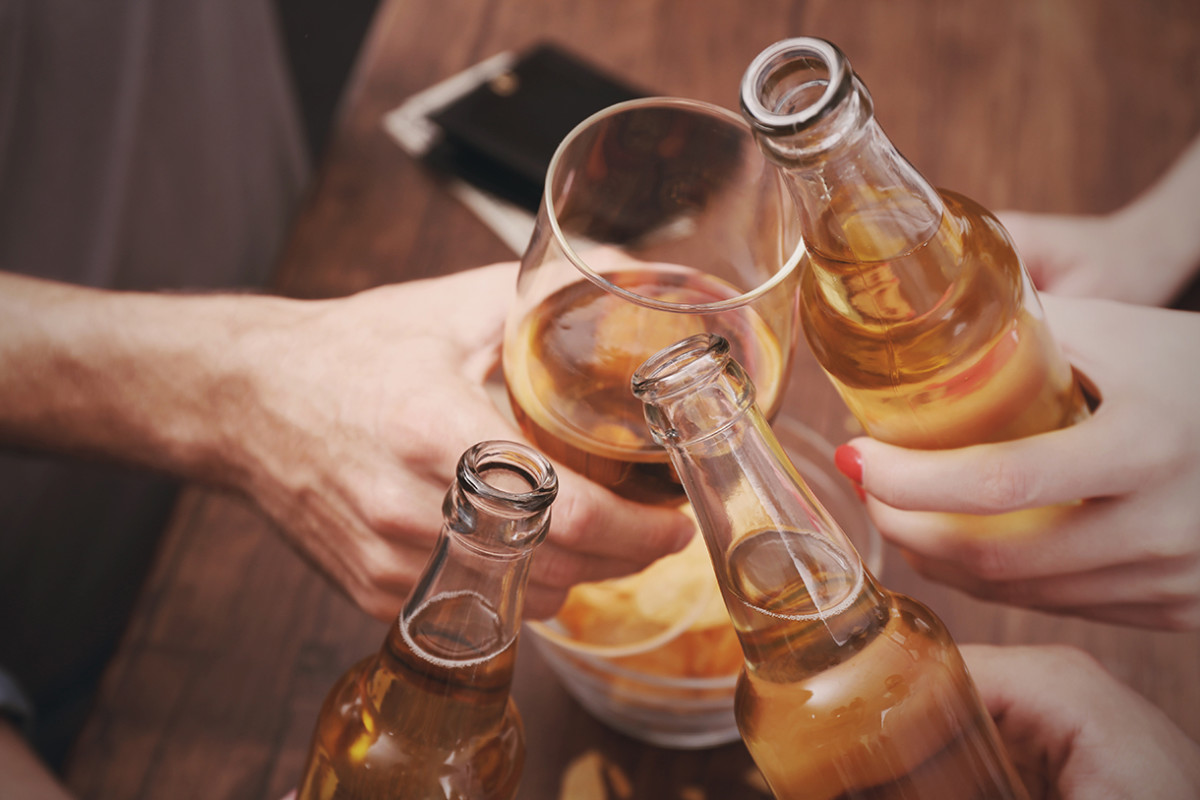 A World Health Organisation survey conducted in 2016 identified that 2.3 billion people were active drinkers, with 18.2% of the population participating in heavy episodic (binge) drinking at least once per month.[2] Alcohol consumption is prevalent throughout different cultures for social and societal reasons and varies between country, gender, age and socio-economic status. There are many psychological motivations for drinking which can range from the desire to conform to social expectations, to needing to cope with stress or to regulate mood.

Binge drinking is ubiquitous throughout most cultures but is especially prevalent amongst males, university students, sportspeople and sports fans. It tends to peak between the ages of 20-24 years.[2,3] The resulting negative health effects depend upon how much and how often alcohol is consumed. Both the short-term and long-term health implications from excess alcohol consumption will be explained below. First however we need to understand alcohol and how it is processed by the body.

What is alcohol? How does the body process this? 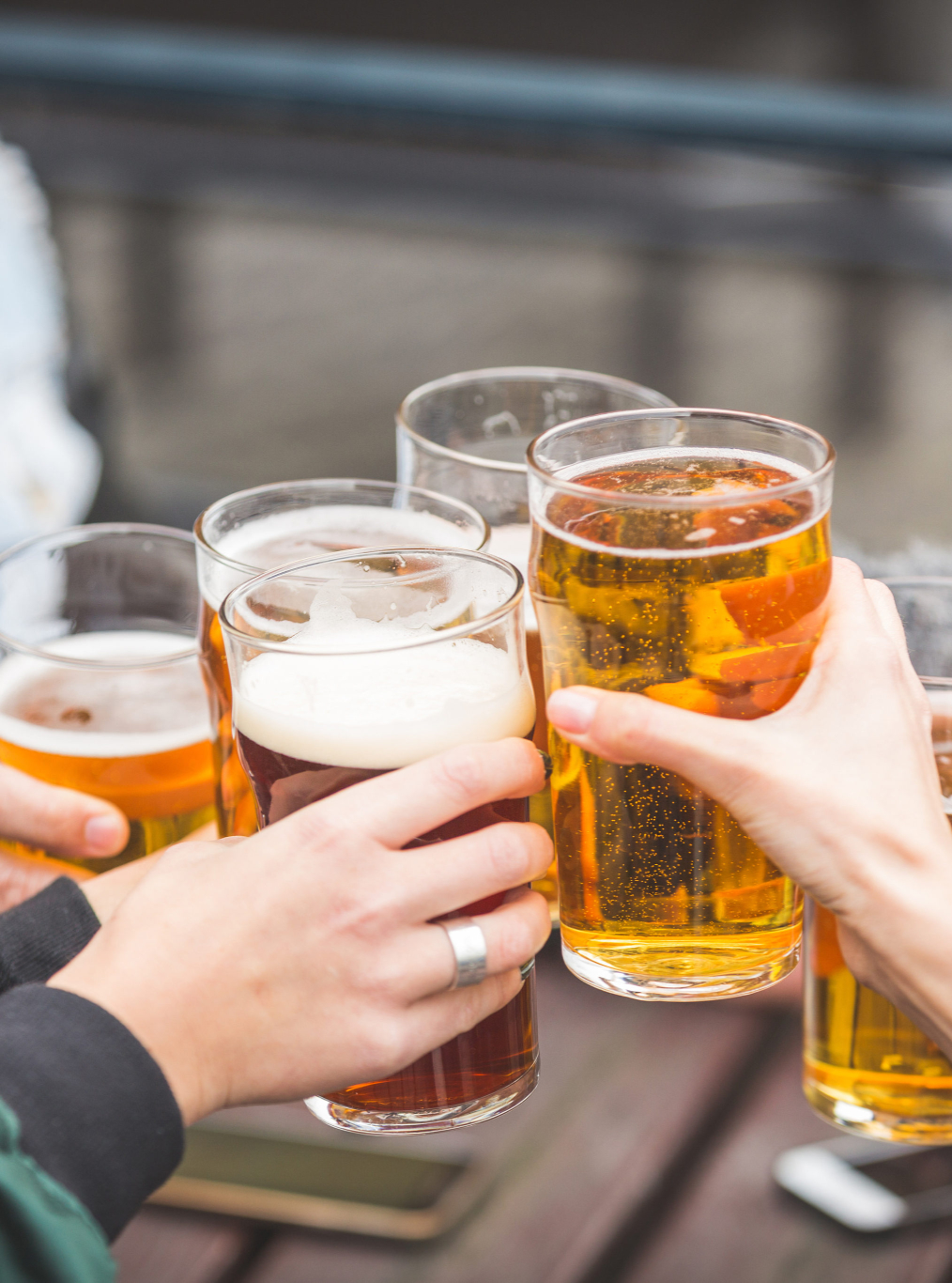 Alcohol is classified as a sedative hypnotic drug which in low doses can stimulate euphoria, elevate mood and talkativeness and in high doses can depress the central nervous system leading to drowsiness, impaired judgment and reduced reflexes.[4] Alcohol is made by fermenting sugars from different sources such as grapes, hops, barley, potatoes, or apples to make wine, beer, spirits and ciders.[4] Pure alcohol contains 29 kJ per 1 gram, or 7 calories. Depending on the country, one standard drink can contain between 10-14 grams of pure alcohol; with the addition of sugars, flavours and additives, alcohol can contain high levels of calories per glass with beers containing between 100-170 calories, spirits between 97-116 calories, and white wines between 120-160 calories per 1 standard drink.[5] Staggering statistics from the CDC research into US drinking habits show that on any day, 30% of total calorie intake for men and 18% for women come from alcohol. If an individual’s total calorie intake for the day ranged from 1800-2000 calories and up to ⅓ of total calories is coming from alcohol, in extreme cases this could be between 600 and 660 calories. However in reality, the daily average is between 50-300 calories coming from alcohol, with young men aged 20-39 consuming the most calories from alcohol drinks.[5]

It is a legal requirement in New Zealand for alcoholic drinks to be labelled with the number of standard drinks per container. This provides the consumer with the information they need to estimate the potency of certain drinks and the effect this can have on their blood alcohol levels. The body is able to process alcohol, with 90% being metabolised in the liver which is then turned into water and carbon dioxide. The remainder is metabolised by the lungs and kidneys.[4] The liver is able to break down one standard drink, or 10g of pure alcohol per hour. The effect alcohol has on your bodily functions depends on a range of factors such as genetics, body weight, food consumption, tolerance and can take its effect in as little as 5 minutes after first consumption. These initial effects of alcohol include feelings of euphoria and increased heart rate. These can change as alcohol consumption increases over a single episode of drinking and can have both short-term and long-term effects on the body. These include hangovers but also more serious long-term effects such as liver or cardiovascular disease.

The short-term effects of alcohol

Depending on how much you drink - your genetics and tolerance to these effects can vary in severity.[1]

Heavy episodic drinking, also known as binge drinking, is characterised by more than 60g of pure alcohol in one event (6 standard drinks by New Zealand standards) at least once per month.[2] It is believed that as much as 16.5% of the world's population participate in binge drinking at least once per week.[1] Binge drinking is a huge concern in NZ, especially with sports teams and young people as it is ingrained in our culture.[3] A study of New Zealand sports people identified hazardous drinking behaviours were more prevalent among young people surveyed than the older population.

The comparison between the level of sporting achievement and binge drinking showed some interesting results too. A 2007 study identified that 68% of elite-provincial level athletes participated in hazardous binge drinking, while 50% of elite-international athletes and 53% of club athletes did the same. This study also identified some psychological motives for drinking that range from drinking to cope with stress or mood related issues, conforming to social norms, or for the excitement they feel when drinking.[3] The number one reason for drinking that was highlighted across all 3 groups was around positive reinforcement. It was noted that both elite levels of athletes drank ‘to cope with stress’ more so than club athletes.

This highlights some hazards of excess alcohol consumption which can be associated with other risky behaviours such as drinking and driving, inciting violence and unplanned/unprotected sexual events or antisocial behaviours.[3]

The long-term effects of alcohol

Depending on how much and how often you drink, along with your genetics these effects can vary.[4]

The effects of long term alcohol use can vary from person to person and the overall effect on health and can range from minor changes to life-threatening illnesses. There is an increase in health risks when alcohol intake increases above 25g of alcohol per day and a significant increase in strokes and coronary heart disease when consuming over 89g per day.[7] Studies show that people consuming 50g of alcohol per day (5 standard drinks) have twice the risk of stomach and oesophagus cancer as compared to non-drinkers.[4] Limited daily alcohol consumption has been shown however to offer some health benefits. One or two drinks per day may reduce the risk of coronary artery disease and stroke.[4]

As mentioned above, consistent alcohol intake is associated with weight gain due to the nature of what alcohol is often mixed with, along with the appetite stimulant properties of alcohol.[4] It seems most likely that those who are already overweight are more likely to gain weight when they consume alcohol. There is also the potential for chronic heavy drinkers to be deficient in some vitamins and minerals as alcohol offers little to no nutritional value and tends to replace nutritious foods in a diet. 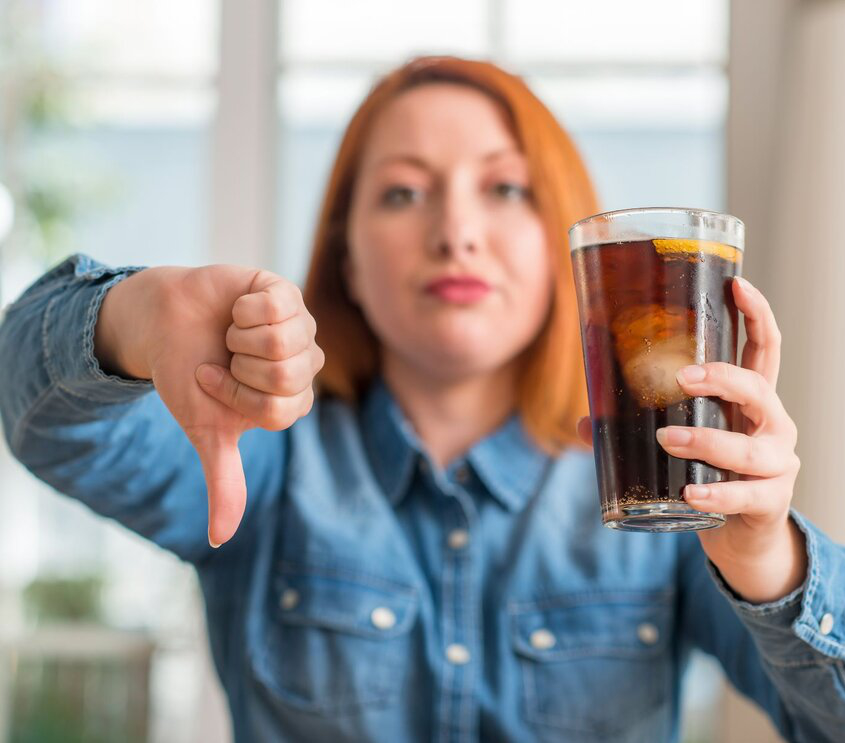 Overall, alcohol consumption has a range of health risks, both long-term and short-term. There are many factors which can increase these risks such as genetics, nutritional intake and levels of physical activity. It should be noted that if you are a heavy drinker, a reduction in how often or how much you drink can have a positive effect on your overall health. As a personal trainer, you are wanting to offer as much healthy advice to your clients as possible. Reducing your alcohol consumption can be a great way to kick-start a health journey.